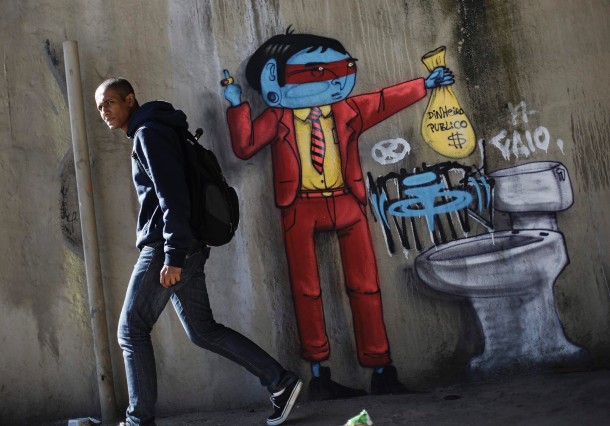 ARTIVISM: CRANIO, THE ARTIST WHO GIVES A VOICE TO THE INDIGENOUS

On the first of January, a political event shook Brazil: the beginning of the mandate of the new President, Jair Bolsonaro, known for his extremist ideas. One of his first decisions is very worrying: he decided to give to the Ministry of Agriculture the power of deciding the delimitation of the territories in which aboriginal populations live. This is putting even more influence on the hands of the state to explore indigenous territories to serve mass production and create wealth. Every day, those people in Brazil but not only, suffer from exploration, acculturation and have to yield their lands usually after fierce fighting with big names of industry. Those people stand to keep their identity, their way of life and their territory, but it’s becoming every day harder when faced to the destroying impacts of capitalism, exploration and deforestation.

Towards this alarming situation that already started a long time ago with the expansion of capitalism, Cranio, a Brazilian artivist wanted to react. Born in 1982 in São Paulo, he first started to spray the walls of his hometown before spreading his recognizable characters all over the world. He always represents blue indigenous characters, using a symbol of the culture of his country to denounce big social issues such as consumerism, greed, environmental crisis or political corruption. He employs irony and humor to highlight very serious and sometimes dramatic problems that are threatening the most vulnerable, especially indigenous that represent 0,4% of the Brazilian population.

He likes to play on contrast to point out the absurdity of consumerism and the way it takes us away from our nature. For instance, you can see indigenous characters wearing Nike sneakers or represented next to big brands such as Mc Donalds. He paints big symbols of contemporary society and the clarity of the messages he wants to bring to light can’t provoke anything but reaction for the viewer. Cranio is an artist who, besides pleasing the eyes with his beautiful works, makes us think about our everyday life and the impact that some selfish and greedy behaviors can have. He doesn’t work only on the streets but also works on canvas and organizes some exhibition such as in Germany, in France or in the United States.

Getting inspiration from cartoons and Dali, an artist he admires, the art of Cranio is a mix between the gentleness of cartoons and the violence of the reality they depict. Knowing what’s happening nowadays in Brazil, for all the people who still live in tribes, and all the damages capitalism can cause, we really wanted to introduce this artist and the intelligence of his work to you. Because we stand for activism through art, because we defend the artists that put their talents at the service of strong messages and because we simply felt in love with those attaching characters, we decided to dedicate our weekly article to Cranio, who is warmly invited to share his blue characters with us in Lisbon 😉

To know more about Cranio: